You are here: Home › How Korean books show an unvarnished side of the Hallyu wave

How Korean books show an unvarnished side of the Hallyu wave

This is a bit from 'The Head', a story from the 2022 International Booker-shortlisted Korean book, Cursed Bunny. Korean dramas had captured the attention of millions around the world thanks to the much-talked-about Hallyu wave. While this may be true of literature in general, it manifests differently in this context because the shiny world of K-dramas is often the first window that many outsiders have into Korean culture. Also Read: How 'Hallyu' became key to Korea's business boom in India For instance, In December, Korean American musician Michelle Zauner’s heartwarming memoir, Crying in H Mart, a poignant memoir about growing up Korean-American, was voted the best autobiography in the Goodreads Choice Awards 2021. In March, a queer coming-of-age-novel set in Seoul, called Love in the Big City, by Park Sang-young and translated into English by Anton Hur, had made it to the International Booker 2022 long list.

How Korean books show an unvarnished side of the Hallyu wave

Similarly, In The Vegetarian (International Booker winner 2016) written by Han Kang and translated into English by Deborah Smith, a woman faces damaging consequences for deciding to give up meat. Books like these have helped Poorvaja Sundar, a media professional from Chennai understand her favourite Korean dramas better. It is interesting to note that most award-winning literature from Korea comprises stories of women, mostly told by women as well – in addition to The Vegetarian mentioned earlier, this includes Please Look After Mother (Man Asian Literary Prize, 2011) and Kim Ji-young: Born 1982 (Longlisted for the US National Book Award for Translated Literature 2020). “They are quite slice-of-life, but since they are centred on women, they tackle the social norms and their negative effects that women in Korea experience," says Atulaa Krishnamurthy, a fintech lawyer from Bengaluru and a K-drama fan. Kyung-Sook Shin's Please Look After Mother begins with four siblings figuring out how to start the search for their 69-year-old mother who has gone missing. The book jacket of Cursed Bunny, up for the 2022 International Booker to be announced tonight.

"These books are a hard read, so rooted in reality that it has kept me away from the shiny and glittery parts of the K phenomenon, like K-drama and Kpop," says Shreya Punj, a publisher and content creator @TheEditorRecommends. In one of the initial chapters of Kim Ji-young, Born 1982, author Cho Nam-Joo shows the eponymous character feeling “aghast” at the way her mother and teacher tell her to deal with a desk-mate who bullies her. The novel, written like a news feature, frequently quotes actual data to support the narrative. In March 2022, The Korean Herald reported: “According to OECD’s latest data, South Korea has the worst gender pay gap at 31. A lot of these issues feature in K-dramas as well, but the carefully curated world of most dramas–an impeccable-looking cast, catchy background score and lavishly-designed sets–often creates an atmosphere that can sometimes distract us from the egregious display of regressive behaviour. 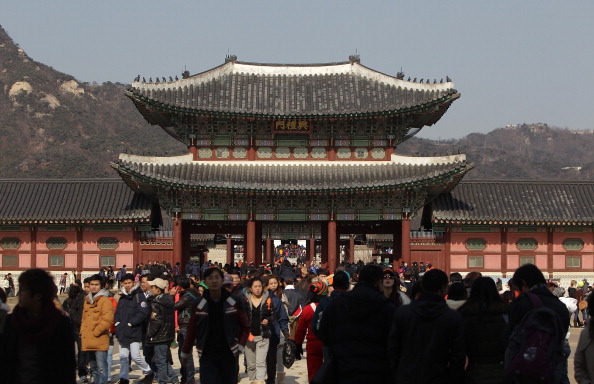 Life / Books BOOK REVIEW: A sweeping epic ranging over Korean history B L PremiumFrom cosmetics to kimchi, K-pop to Gangnam Style, the popularity of South Korea’s cultural influence, known as the Hallyu or Korean Wave, has swept across the globe. It’s a wave reflected in rapidly growing appreciation for Korean literature. In 2021, 180 literary works were translated into 29 different languages with assistance from the Literature Translation Institute

The Korean wave has swept the world with Korean food, beauty hacks, drama series, comic books, and songs spreading like wildfire. Whether it's 'Squid Game' or 'Hellbound', everything Korean is being liked across the globe. The craze has reached up to such an extent that many of us have even planned to visit South Korea once in our lifetime. And what better way to do so than reading books? Thus,

Hallyu or the Korean wave has found a strong support system in India. Fans of BLACKPINK (BLINKS) and BTS (A.R.M.Y) have taken over social media and it would be an understatement to say that Indians love Korean culture. Fun Fact: Hallyu is one of the main contributors towards the rise of tourism in South Korea. More and more people nowadays are exploring South Korea, or at least they plan to.

(KOFICE)Since the release of Netflix’s mega-hit Korean original “Squid Game” last year, English-language online posts related to Hallyu, or the Korean Wave, have increased approximately 30-fold, according to a Korean Foundation for International Cultural Exchange report released Monday. On YouTube, the weekly average posts for Hallyu-related videos was 70,600 per week after the release of “Squid Game” on Sept. 17. On Reddit, Hallyu posts exceeded 20,000 per week last October,

SEOUL, April 21 (Korea Bizwire) — A convention of the Korean wave or “hallyu” in Korean, organized by a group of K-pop fans, was held last weekend at a convention center in Monterrey, northeast Mexico. The event, “Hallyu Expo,” which took place for the first time this year, was organized by three 30-something K-pop fans from Mexico, rather than an embassy or a representation agency. At “Hallyu Expo,” fans were

The term refers to the disparate genres of television dramas produced in South Korea, including mystery, crime and rom-com. More broadly, I wanted to learn about what drew them to South Korea. This phenomenon is known as “Hallyu,” or the “Korean Wave.”Galvanized by their interest in South Korean popular culture, more and more tourists are traveling to the country. However, a significant subset – the group I came to be 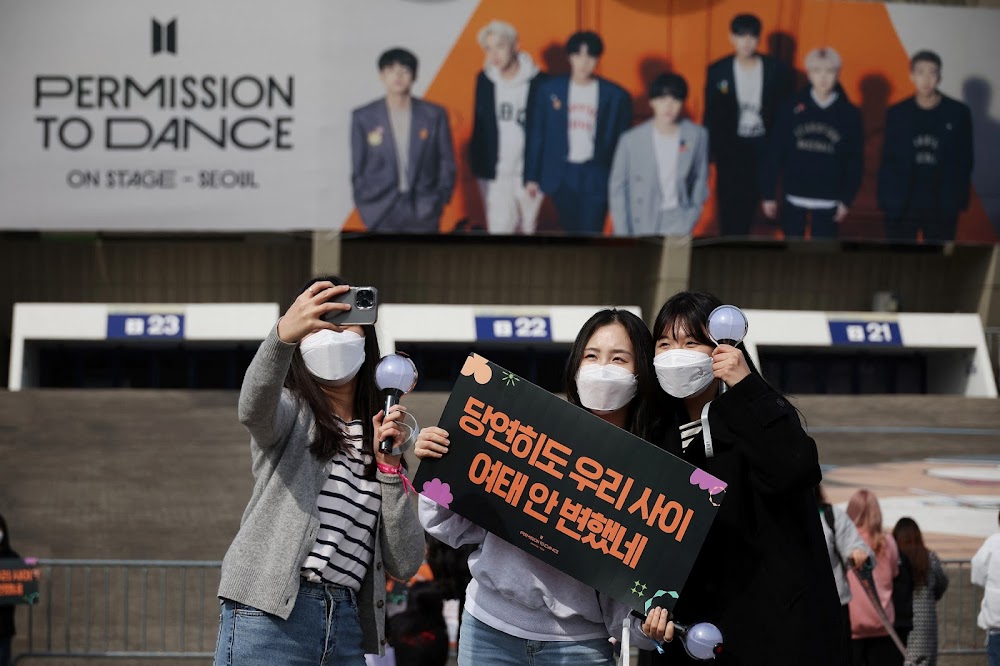 More broadly, I wanted to learn about what drew them to South Korea. The worldwide popularity of K-dramas occurred alongside the popularity of other South Korean cultural products, including K-pop, cosmetics and food. This phenomenon is known as “Hallyu,” or the “Korean Wave.”‘HALLYU TOURISM’ — WITH A TWISTGalvanised by their interest in South Korean popular culture, more and more tourists are travelling to the country. However, a significant subset —

Why is it called Hallyu Wave?

What is Korean entertainment called?

What is Korean pop culture called?

What does Hallyu mean in Kpop?

Hallyu roughly translates as 'the Korean wave' and is used in relation to numerous Korean cultural practices. More info : What does Hallyu mean in Kpop?

How has the Korean wave influenced tourism in South Korea?

The cultural influences brought by the Korean Wave have proven to be an essential component of South Korean tourism. The wave brought Hallyu stars, which include Korean actors, pop-stars and athletes, to a world platform, and their popularity became an effective and profitable method to attract tourists. More info : How has the Korean wave influenced tourism in South Korea?