Delta and Omicron ― the SARS-CoV-2 variants that have perpetuated the global pandemic ― were first detected in places where vaccination rates were low and new cases were surging. This is what makes the COVID-19 situation in North Korea especially concerning ― for everyone within and outside its borders ― according to medical experts, Thursday. "The environments where the Delta and Omicron variants emerged in India and South Africa, respectively, show that unvaccinated populations could fuel the formation of new variants," Kim Sin-gon, a professor at Korea University College of Medicine, said at a seminar in Seoul on North Korea's COVID-19 situation. His concern is in line with that of the World Health Organization, which warned on May 17 that a combination of unvaccinated people and "unchecked transmission" in the North may give rise to yet another deadly variant. The same day, North Korea confirmed more than 105,500 new fever cases, with "no deaths" over the past 24 hours as of 6 p.

With the assumption that almost all fever patients are infected with Omicron ― only 30 percent of the patients, excluding the ones showing no symptoms, are feverish ― Kim believes the real case numbers could be more than 10 million. "The timing of the outbreak is also concerning, given that they plant their rice between May and June. In its battle against COVID-19, North Korea has been copying China's zero-tolerance policy which involves draconian lockdowns, urging the public to remain vigilant. However, the Rodong Sinmun, the mouthpiece of the ruling Workers' Party, showed confidence in "defeating" the virus, saying that Omicron would soon become endemic. As North Korea continues to promote its "autonomous" fight against COVID-19, citing the state ideology "Juche" which can be translated to "self-reliance," it is unlikely that it will accept medical help from South Korea or the United States, according to Nam Sang-wook, a professor of North Korea studies at Korea University.

"So, one thing that the Yoon Suk-yeol administration could consider providing is food, which the North will need and may accept," he said. Following the reports about COVID-19 cases in North Korea, the South and the United States offered support, including a supply of vaccines. "When faced with major economic or social crises, the North accepted help from the South and international organizations … For three years from 2010 after the floods, the North received support from our government and civic groups. Given that it may be too late to offer vaccines, another good option could be providing Paxlovid, an effective ― but expensive ― oral antiviral pill for COVID-19, Kim added. "Data shows the medicine reduces the risk of hospitalization or death by nearly 90 percent.

The World Health Organization (WHO) has said that the Covid-19 outbreak in North Korea is worrying for new variants of the virus, as the country is battling a rapid spread of a mysterious fever since late April. Addressing a press conference on Tuesday, WHO's emergencies director Mike Ryan said, “Certainly it's worrying if countries are not using the tools that are now available,” as he was asked a question regarding 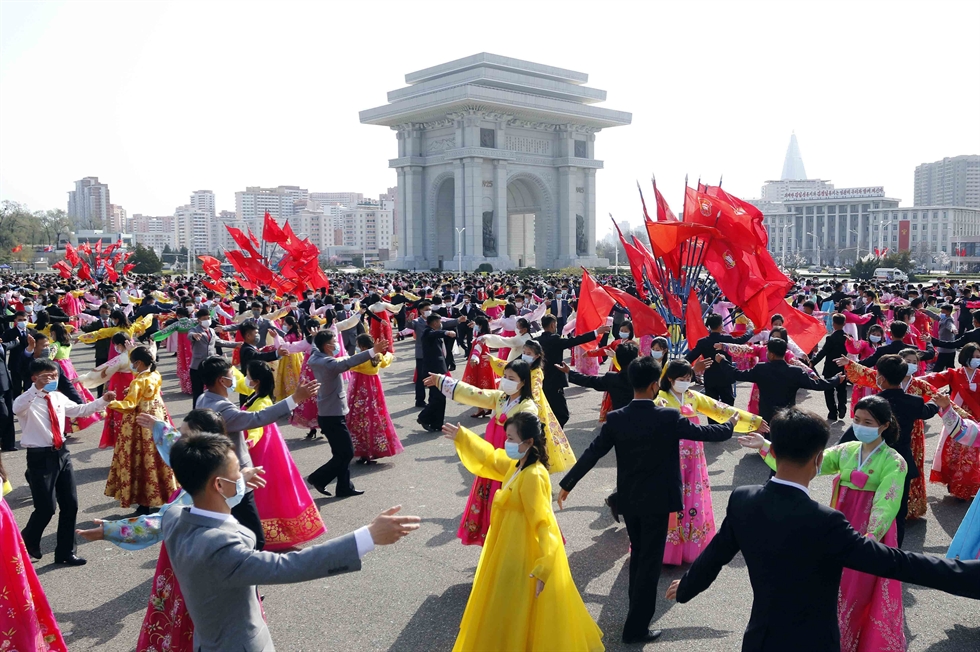 North Korea, however, is still completely free of the disease, according to its official data. Hakim Djaballah, former CEO of Institut Pasteur Korea and a virologist currently based in New York, believes that North Korea's COVID-free claim is most likely a lie. "It is very hard to imagine any country being COVID free let alone North Korea," Djaballah told The Korea Times. But unlike China, North Korea lacks food supplies

During the poster presentation, the company highlighted the potent anti-tumor efficacy of BBT-207, observed through both in-vitro and in-vivo studies. Biochemical and cellular in-vitro efficacy data showed that BBT-207 is highly potent against EGFR C797S double mutations inclusive of Del19/C797S (DC) and L858R/C797S (LC) as well as driver mutations including Del19 and L858R. In addition, in-vivo efficacy studies have shown that BBT-207 boasts robust efficacy and induced tumor regressions over

North Korea called itself COVID-free for two years until it confirmed an outbreak for the first time May 12. On Wednesday, state media said 1 million people had already recovered from fever, though experts doubt the numbers being reported by North Korea are reliable. When Seoul tried to​ send an invitation to discuss pandemic-related aid this week, North Korea​ refused to accept it. Still, Lee, the physician who once worked

(CNN) North Korea has identified its first Omicron coronavirus case in the capital Pyongyang, according to state media on Wednesday. The state-run news agency KCNA called the situation a "major national emergency." An outbreak of Covid-19 could prove dire for North Korea . The country's dilapidated health care infrastructure is unlikely to be up to the task of treating a large number of patients with a highly infectious disease. North

(ENG)"The situation appears to be very severe. So all we have right now is North Korean data. There appears to be a fairly severe outbreak in the capital city of Pyeongyang at about 269,000 active cases. That's 7.5 percent of the population of Pyeongyang. Unfortunately, for the people of North Korea, vaccines are not available the same way that they're available in most places in the world and that's the

The World On Arirang

A new United Nations report says North Korea is using internet attacks to steal money to pay for its banned weapons programs. The experts added that the new activity suggests North Korea is changing “to diversify its cybercrime operations.”An unidentified cybersecurity company said in the document that North Korea stole $400 million in cryptocurrencies in 2021, The Associated Press reported. The experts said North Korea, also known as the DPRK,

By Gawon Bae, CNNNorth Korea has identified its first ever case of Covid-19, state media reported on Wednesday. The state-run news agency KCNA reported the case of the Omicron variant in the capital Pyongyang, calling the situation a “major national emergency.”It is not clear how many cases have been detected. An outbreak of Covid-19 could prove dire for North Korea. The country’s dilapidated health care infrastructure is unlikely to be

"We will discuss detailed plans for assistance with North Korea," a spokesperson for Yoon Suk-yeol, the new president, said in a statement. North Korea only broke its silence on its Covid-19 outbreak on Thursday, declaring the “gravest national emergency” and enforcing nationwide lockdowns. Experts have warned of an impending Covid catastrophe fuelled by its failure to vaccinate, ailing public health system and widespread malnutrition that has weakened much of its

Why are we not allowed to go to North Korea?

Why are tourists not allowed in North Korea?

Can I enter North Korea?

Can I go to North Korea?

Can you not go to North Korea?