Ahead of G20 summit, Xi Jinping and Joe Biden to hold long-awaited meeting 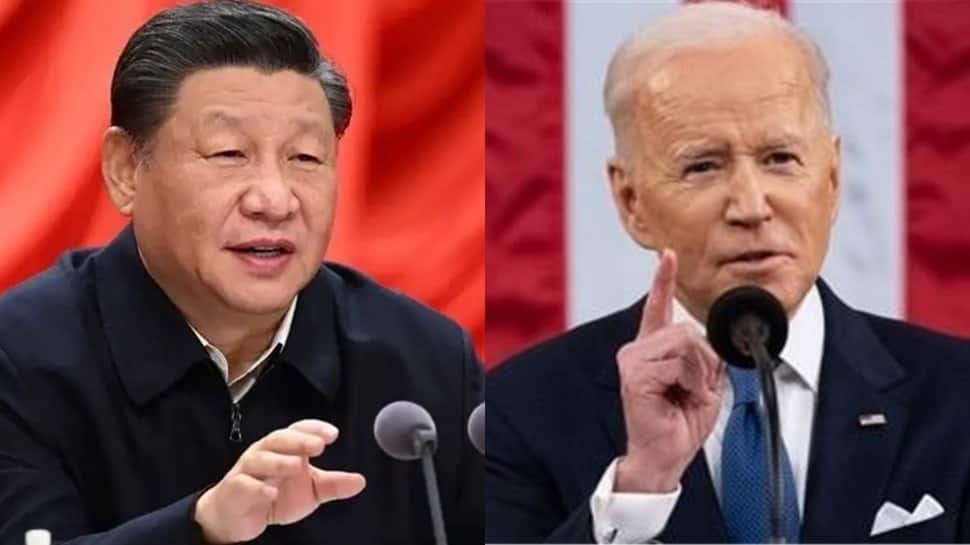 NUSA DUA: Chinese leader Xi Jinping will arrive on the Indonesian island of Bali on Monday for a long-awaited meeting with U.S. President Joe Biden, ahead of a Group of 20 (G20) summit set to be fraught with tension over Russia's war in Ukraine. Foreign Minister Sergei Lavrov will represent the Russian president at the G20 summit - the first since Russia invaded Ukraine in February - after the Kremlin said Putin was too busy to attend. Biden and Xi, who have held five phone or video calls since Biden became president in January 2021, last met in person during the Obama administration when Biden was vice president. Xi Jinping, Joe Biden to attend the opening of G20 summit in BaliBoth leaders will attend the opening of the G20 summit in Bali on Tuesday. Australian Prime Minister Anthony Albanese is due to join Indonesian President Joko Widodo to address a parallel B20 business forum taking place on Monday ahead of the G20 summit.
Continue reading...

Halloween deaths S Korea, Seoul: At least 120 people were killed and 100 more were injured as they were crushed by a large crowd pushing forward on a narrow street during Halloween festivities in the capital of Seoul, South Korean officials said. Eyewitnesses claim #MASS_CARDIAC_ARRESTS during #Halloween in #Seoul, South Korea. Incident- #HalloweenParty, Seoul, South Korea. Emergency workers and pedestrians were also seen performing CPR on people lying in the streets. Local media said around 100,000 people flocked to Itaewon streets for the Halloween festivities, which were the biggest since the start of the pandemic following the easing of COVID-19 restrictions in recent months.

North Korea fired more than 20 missiles! How much further will they go? - Read on

Seoul: For days North Korean officials have raged over US-South Korean military drills, promising a violent response. That response came this week, when the North fired more than 20 missiles — one of which splashed down near the South Korean sea border. North Korea observers have long sketched out the various levels Pyongyang uses to express its anger. North Korea may realise that Moscow, which has been a supporter of the North and its military for decades, could benefit from the distraction the missile tests create for Washington. But another North Korean nuclear test could also be a risk for the North itself, Jeffery Robertson, an associate professor of diplomatic studies at Yonsei University, wrote recently.

Russia's war in Ukraine has piled more economic challenges onto the world, threatening food and energy shortages. Prime Minister Narendra Modi will arrive later Monday to take part in the main sessions of the summit and some bilateral meetings, as world leaders began gathering here. Russian President Vladimir Putin has opted out of the Bali summit and is sending foreign minister Sergei Lavrov to represent the country. "This G20 Summit will not be business as usual," he declared. Indonesia's term as G20 president ends with this summit with India now set to take over from December 1.

The collection will be available Friday, just before the World Cup starts, and the bidding price for some of the collectibles related to the soccer star will begin at the equivalent of about $10,000. “I’ve been thrilled to see this generation of players thrive,” the 37-year-old Ronaldo said in emailed comments to the AP. Portugal didn’t make it past the round of 16 at the 2018 World Cup in Russia. “There have always been and there always will be rising stars at the top level,” Ronaldo said. “I have no doubt that the World Cup will unveil the next generation of talent ready to change the game.”Portugal will plays it’s opening match at this year's World Cup against Ghana on November 24.

SEOUL: At least 149 people, mostly teenagers and young adults in their 20s, were killed in a crush when a huge crowd celebrating Halloween surged into an alley in a nightlife area of the South Korean capital Seoul on Saturday night, emergency officials said. Nineteen of the injured were in serious condition and receiving emergency treatment, the officials said, adding the death toll could rise. It was the first Halloween event in Seoul in three years after the country lifted COVID restrictions and social distancing. "A number of people fell during a Halloween festival, and we have a large number of casualties," Choi said. Choi, the Yongsan district fire chief, said all the deaths were likely from the crush in the single narrow alley.

New Delhi: India is going all out to celebrate 2023 as the International Year of Millets as declared by the United Nations General Assembly. To promote shipment of nutri-cereals, the India's Commerce and Industry Ministry, through its apex agricultural export promotion body, Agricultural and Processed Food Products Export Development Authority (APEDA), has prepared a comprehensive strategy to promote Indian millets exports across the globe, commencing December 2022. India recorded 27 per cent growth in millet production in 2021-22 as compared to millet production in the previous year was 15.92 MMT. Share of export of millets is nearly 1 per cent of the total millet production. India has created the Nutri Cereals Export Promotion Forum to give impetus to the export of potential products, including millets, and to remove the bottlenecks in the supply chain of Nutri cereals.