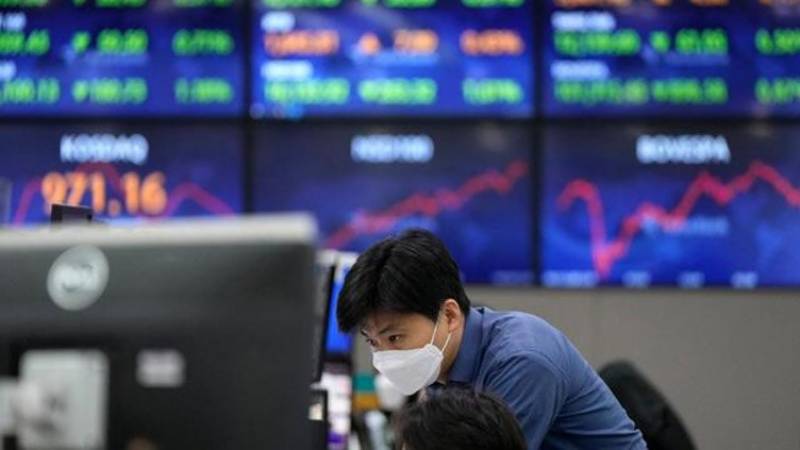 9 days ago The Nation

Share:Asian shares tracked Wall Street higher on Thursday, buoyed by signals the U.S. Federal Reserve may slow the pace of interest rate hikes and news of fresh economic stimulus from China, with the dollar failing to recoup losses. S&P 500 futures were up 0.2%, while Nasdaq futures

Read On "The Nation"

More News On "The Nation"

Share:Seoul -Nearly 150 people, some in masquerade costumes, were killed and some 150 more were injured on Saturday in a horrific stampede in central Seoul when a large crowd celebrating Halloween crammed into a narrow street, officials said. Fire Department official Choi Seong-beom said the stampede, which occurred around 10 p.m. (1300 GMT), left 146 people dead and at least 150 injured. “The high number of casualties was the result of many being trampled during the Halloween event,” Choi told reporters at the scene on Sunday morning, adding that the death toll could climb. Some were gradually losing their consciousness while some looked dead by that point,” the witness said, according to Yonhap. “It was very sad to see something that we never, never expected,” Possamai, 24, told AFP.

1 month ago The Nation

Although North Korea, a close ally of China, claims that tests are in response to the largest-ev­er military drills between the United States and South Korea, which ended early this month, the fact is that North Korea’s missile testing is much beyond a “protest reaction”. Over the years, due to unhindered and full-fledged support from Beijing, North Korea has developed an increasing sense of im­punity, which is witnessed by Pyong­yang’s deliberate attempts to escalate tension in the Peninsula. It is also a fact that Beijing has an integral role to play in encouraging North Korean re­straint and incentivising denucleari­sation. This is only possible when President Xi shows some change in stance over major contentious issues. The last six months have seen dras­tic changes in the global scenario, and particularly rendered Russia and North Korea to be downgraded as strategic allies for Beijing.

14 days ago The Nation

Share:Russia has been ramping up oil exports to Asia since its invasion of Ukraine led to Western sanctions on imports of Russian oil. In 2021, Russia sold about 33 billion cubic metres (bcm) of gas to Asia, compared with a European market that typically imports 160 to 200bcm from Russia. None of that comes even close to making up for the 160 to 200bcm of gas Russia exports to Europe every year. At this moment, the consistency and reliability of Asian buyers of Russian oil, LNG, and coal are the most important element allowing Moscow strategic space against the Western mobilisation. The Sri Lanka, Philippines and Indonesia are in pipeline to buy cheaper Russian oil.

13 days ago The Nation

Share:KARACHI-Federal Ministry of Information Technology and Telecommunication (MOITT) has launched Pakistan’s largest Information Technology Park project in Karachi to make the city a gateway for innovative future. The dream of the Karachi IT Park project had to go through a long process. The benefits of the technology parks are not limited to enterprises and tenants of the parks, but also for companies outside the parks. IT Park Karachi is an eleven storeys (8 storeys above and 3 underground) self-contained building having covered areas of 106,449 square meters. The Technology park, Karachi is providing office space to approx.

25 days ago The Nation

Pakistan abstains from voting on UNGA resolution on ‘situation in Afghanistan’

The 193-member Assembly passed the resolution by a recorded vote of 116 in favour to none against, with 10 abstentions. China, Russia, Belarus, Burundi, North Korea, Ethiopia, Guinea, Nicaragua and Zimbabwe were the other abstainers. The resolution, entitled “The situation in Afghanistan” reiterates its unwavering commitment to international humanitarian law and the human rights of all Afghans. Deeply concerned about the dire economic and humanitarian situation, it called on the Taliban to ensure the security of humanitarian workers there. Also by the wide-ranging resolution, the Assembly expressed deep concern about the growing repression of fundamental freedoms and strongly emphasized the need to investigate allegations of human rights abuses in Afghanistan.

21 days ago The Nation

A: I think Apec is a forum where members can discuss cooperation, so when Thailand was chosen to host Apec, we set the theme as: Open. When we chair and host the AMM on November 17, we have provided some topics for Apec economies to discuss. They recognised the importance of open trade, and the FTA Asia Pacific is one outcome that can support Open trade. A: I think at the working level we are trying to finalise it, trying to get endorsement and support of Apec economies. I hope that Thai people and the private sector can perhaps utilise what we have discussed in the Apec Summit and put it to good use and be able to network with Apec economies.

Of course, there has been uneasiness about security in Abuja in recent months, but this? Three days later, the US began evacuating its non-emergency staff from Abuja over the fear of a possible terror attack. But South African President Cyril Ramaphosa criticised the US for failing to discuss the terror alert issued by the American Embassy with local authorities. The embassies would have issued the said security alert to their staff using internal memos. “If they have intelligence that can affect their citizens, they have to share it to protect their citizens,” he said.

1 month ago The Nation Newspaper