Europe reasserts middle path on China, pushing back on Biden 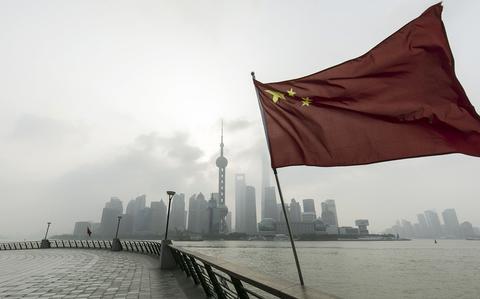 10 days ago Stars and Stripes

President Xi Jinping started his week overseas mending ties with the United States, and ended it with European leaders making the case for resisting the Biden administration’s sweeping chip curbs on China. The French leader’s comments in particular show Europe is finding its footing in carving out a middle ground when it comes to China. A day later, Dutch Foreign Trade Minister Liesje Schreinemacher said the United States shouldn’t expect the Netherlands to unquestionably adopt its approach to China export restrictions. Nobody benefits from it.”The United States moves to restrict trade with China have also come under criticism in Asia, where nations like Singapore have warned against cutting off Beijing economically. In an extended metaphor during his APEC speech, Macron likened the United States and China to “two big elephants” in a jungle.
Continue reading...

Read On "Stars and Stripes"

More News On "Stars and Stripes"

Joseph Mellon, 93, of Hazelton, Pa., collected the photos taken by comrades while serving with the 24th Infantry Division in Korea from October 1951 to January 1952. Other photos in Mellon’s collection show soldiers guarding a sandbagged ridgeline and patrolling in Korea’s rugged mountains. The troops enjoyed their time back in Japan, visiting the base exchange, drinking beer and hanging out before they were shipped back home, Mellon said. After leaving the Army in 1953, Mellon rejoined the merchant marine and delivered a shipload of coal to Busan, South Korea, in 1954, he said. “I still have my doubts about it, but I think it was wise to stop him there,” he said.

21 days ago Stars and Stripes

China’s massive military build-up includes an expanding arsenal of missiles with many of the weapons presumed to be aimed at U.S. bases in Japan. Thomas Shugart, a senior fellow at the Center for a New American Security, for example, includes satellite imagery of Chinese missile test sites that appear to mimic Yokota, Kadena and Misawa air bases. The Air Force described the Raptors as “backfill” for the retiring F-15s while the Defense Department decides on a long-term plan to fulfill its obligations to Japan. The Air Force is deployed with a focus on potential conflict in North Korea, a scenario in which its rear bases are presumed secure, he said. “That’s a change for the [Air Force] but if air capability improves then maybe they should have considered it earlier,” he said.

17 days ago Stars and Stripes

The annual summit of the 21-member Asia-Pacific Economic Cooperation forum is the last of three back-to-back meetings of world leaders in the region. None of the earlier APEC preparatory meetings this year issued statements due to disagreements over whether to mention the conflict. The APEC leaders meet formally in closed-door sessions on Friday and Saturday. The APEC summit venue, at downtown Bangkok's main convention center, was cordoned off with some streets in the area completely closed to traffic. A small but noisy group of protesters scuffled briefly with police Thursday demanding to deliver a letter to leaders attending the summit.

13 days ago Stars and Stripes

1 month ago Stars and Stripes

One landed in the sea about 35 miles east of Sokcho, a major tourist hub on South Korea’s eastern coast, and 103 miles northwest of Ulleungdo, a South Korean island. The South Korean military’s actions “showed that it has the will to respond firmly to any provocations,” the Joint Chiefs said. Wednesday’s launches mark North Korea’s 28th round of missile tests with more than 45 missiles fired so far this year, a record. “The South Korean military said it fired missiles at a similar distance to North Korea’s. If a similar incident were to occur, North Korea will surely respond with more provocations and escalate tensions,” Hwang said.

29 days ago Stars and Stripes

He was killed on the battlefield aged just 27 while fighting in the Korean War in 1950. However, after a historic meeting between former president Donald Trump and North Korean leader Kim Jong Un in June 2018, Pyongyang turned over 55 boxes to U.S. authorities that "purported to contain the remains of American service members killed during the Korean War." His name was previously recorded at the National Memorial Cemetery of the Pacific in Honolulu, along with others who are still missing from the Korean War. According to the DPAA, the remains of over 450 Americans killed in the war have been identified and returned to families for burial "with full military honors" since 1982. However, over 7,500 U.S. soldiers are "still unaccounted-for from the Korean War, hundreds of whom are believed to be in a 'non-recoverable' category," it said.

18 days ago Stars and Stripes

Xi told Yoon that he hopes South Korea will try to improve its ties with rival North Korea, Yoon's office said, in a reflection of the two countries' divergent views on North Korea. China, North Korea's biggest source of aid and its economic lifeline, is believed to have the greatest leverage over North Korea. Xi said China and South Korea have common interests on the Korean Peninsula and both nations must safeguard peace. He also said he hopes that South Korea will actively seek better relations with North Korea, Yoon's office said. But others say China will likely be cautious about further economic retaliation because it would push South Korea closer to the United States and worsen anti-Chinese sentiment in South Korea.

16 days ago Stars and Stripes