Halloween stampede that killed 158 people is now a game in Korea, 'Itaewon crush' trends on TikTok 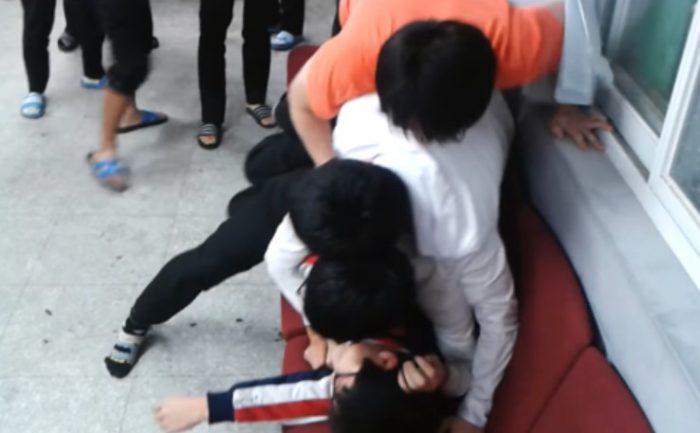 There has been a sharp increase in trending posts with the hashtags “Itaewon Game” or “Itaewon Crush Game” on social media platforms popular among teenagers, such as TikTok. The same game has been around for over a decade in South Korea under several names such as the Pass-out Challenge, Hamburger Game, and Sandwich Game. The Itaewon tragedy, in which 158 people were killed in one of Seoul’s greatest stampedes, has given it a new name and enhanced its popularity. “Perverse actions like the Hamburger Game spread among teenagers via social media or other media outlets. Stampede during Halloween in Seoul, South Korea left 158 people deadOn Saturday night (October 29), one of the bloodiest stampedes in South Korean history occurred in Seoul.
Continue reading...

On Wednesday 2nd November 2022, North Korea fired as many as 23 missiles into the sea. The missiles were directed toward South Korea and Japan. One of the missiles landed less than 60 km off South Korea’s coast—a first in the enduring conflict between the two neighbours. The missile made landfall south of the Northern Limit Line (NLL), a contentious maritime boundary between North and South Korea, but outside of South Korea’s territorial seas. Rare air raid warnings were sent by South Korea, who also responded by launching its own missiles.

‘Luckily, a viewer came to help me’: Korean vlogger Hyojeong Park narrates how she was harassed by Mobeen Chand and Mohammad Naqeeb Ansari

South Korean Twitch streamer Hyojeong Park, who goes by the handle ‘Mhyochi’ on the streaming platform and social media, was harassed in Khar, Mumbai on November 29, by two youths who have been identified as Mobeen Chand Mohammad Shaikh and Mohammad Naqeeb Sadrealam Ansari. Both the accused have been arrested after the video of the incident sparked outrage on social media. “I didn’t understand what he said to them, but after he said something, they started to distance themselves,” she explained. I’d like to think the police would have done the same thing if I hadn’t been a foreigner or if I hadn’t had a video.”After the incident, Hyojeong Park aka Mhyochi was blamed by a few people for being over-friendly. “I want this to be an example for people, not just for women, to speak up if you are harassed,” she said.

Solar power helped India save over 4 billion dollars in fuel costs in the first 6 months of 2022: Report

Image credit: EMBER Twitter (@/emberclimate)This equates to 9% of total fossil fuel costs during this time period, according to the report. “Solar energy saved India $4.2 billion in fuel costs in the first half of the year. Japan had the second-largest impact, saving $5.6 billion in fuel costs due to solar power generation alone. Vietnam’s solar energy saved $1.7 billion in additional fossil fuel costs, which is a significant increase from nearly zero terawatt hours of solar generation in 2018. How solar energy is changing the lives of the poor and middle class of our country is also a case study.”

South Korea: Why locals are resisting construction of a mosque in Daegu

The locals and the immigrant Muslims are at loggerheads in the Daehyeong-dong (neighbourhood) in Daegu city of South Korea. The mosque construction in Daehyeong-dong is the latest addition to the fears of the local South Koreans, with many vowing to desert the neighbourhood once the Islamic structure reaches competition. Mosque construction gets a green signal, Koreans use their ‘last resort’After granting permission for the mosque construction in December 2020, the district administration was bombarded with complaints from the Koreans. The happiness of the local Korean community was short-lived as the Muslim ‘landlords’ won the case in court in December 2021. In 2007, the radical Islamist outfit Taliban took 23 South Korean aid workers hostage and killed a Christian pastor.

On Saturday (October 29) night, 151 people were killed in one of the deadliest stampede in the South Korean capital of Seoul. As per reports, about 1,00,000 had gathered to celebrate the festival of Halloween in the narrow streets of Itaewon district. 146 dead is the number being reported in the #Seoul Halloween street party crush. The tragedy and disaster that need not have happened took place in the heart of Seoul amid Halloween. We stand in solidarity with the Republic of Korea during this difficult time,” he said in a tweet.