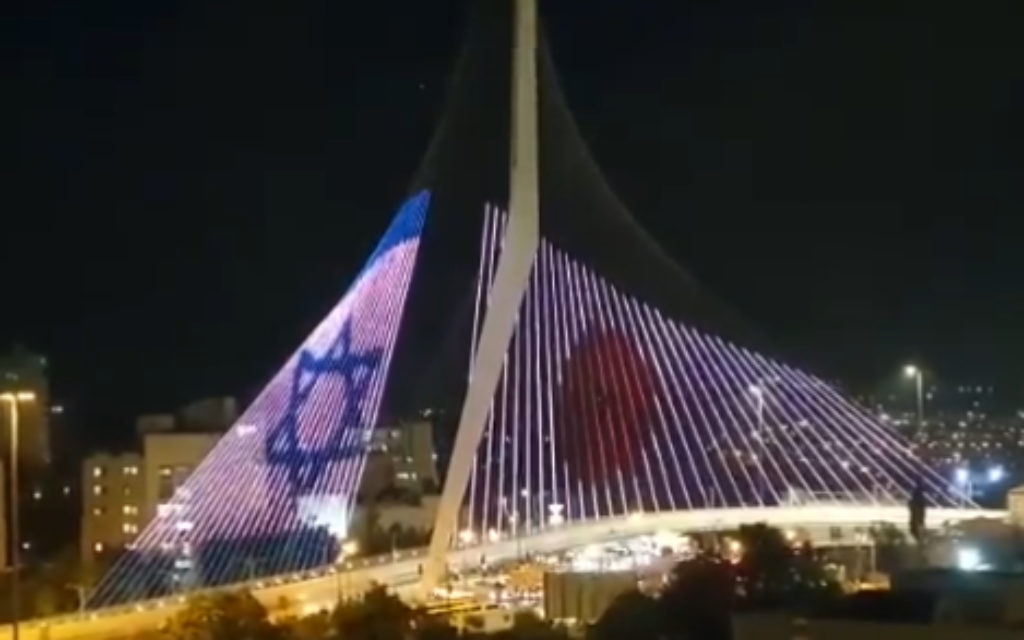 Israel and Japan are advancing initial steps for the signing of a free trade agreement in a move which is expected to bring down tariffs and lower the prices of Japanese-made cars, toys and other imported goods. “This morning in Tokyo, we agreed to take a first step toward the signing of a free trade agreement between Israel and Japan, which means discounts for products and goods from Japan for the benefit of the Israeli market and increasing Israeli exports to Japan, the third-largest economy in the world,” said outgoing Prime Minister Yair Lapid. At the end of August, Israel and Japan signed an agreement for closer cooperation on defense technology and military equipment. “After a decade of negotiations, we are happy to begin the process of talks towards a trade agreement with Japan,” said Israel’s Ambassador to Japan Gilad Cohen. Israel has free trade agreements with the United Arab Emirates and is hoping to ink a similar trade agreement with Bahrain by the end of this year.
Continue reading...

Read On "The Times of Israel"

More News On "The Times of Israel"

As of Sunday evening, officials put the death toll at 153 and the number of injured people at 133. While Halloween isn’t a traditional holiday in South Korea — where children rarely go trick-or-treating — it’s still a major attraction for young adults, and costume parties at bars and clubs have become hugely popular in recent years. Itaewon, near where the former headquarters of US military forces in South Korea operated for decades before moving out of the capital in 2018, is an expat-friendly district known for its trendy bars, clubs and restaurants. Local TV footage showed Yoon inspecting the alley filled with trash and being briefed by emergency officials. More than 1,700 response personnel from across South Korea were deployed to the streets to help the wounded, including about 520 firefighters, 1,100 police officers and 70 government workers.

3 months ago The Times of Israel

North Korea threatens South, US with ‘most horrible price in history’

SEOUL, South Korea (AP) — North Korea has unveiled the little-known daughter of its leader Kim Jong Un at a missile launch site, attracting keen attention on a fourth-generation member of the dynastic family that has ruled North Korea for more than seven decades. AdvertisementThe disclosure of the Kim family child has taken many North Korea watchers by surprise. But Cheong said Kim Jong Il privately told associates in 1992 that Kim Jong Un, his third and youngest son, would succeed him. Cheong said Kim’s aunt and her husband, who had defected to the United States, told him that a song praising Kim Jong Un was played and that Kim Jong Il said Kim Jong Un was his successor on his son’s 8th birthday. “Kim Jong Un may have his daughter, who resembles him the most in his mind, as his successor,” Cheong said.

He promised to investigate what had caused the crowd crush and ensure a disaster on this scale could never happen again. AdvertisementSouth Korea is typically strong on crowd control, with protest rallies often so heavily policed that officers can outnumber participants. But police deployed only 137 officers to Itaewon for Halloween, while 6,500 officers were present at a protest across town attended by about 25,000 people, local reports said. “Good, safe crowd management is not about the ratio, but about the crowd strategy — for safe crowd capacity, flow, density,” said G. Keith Still, a crowd science professor at the University of Suffolk. “It’s not just the numbers,” Lee, a professor from the Department of Fire and Disaster at the University of Seoul, told AFP.

The launches are the latest in a series of North Korean weapons tests in recent months that have raised tensions in the region. North Korea has been ramping up its weapons demonstrations to a record pace this year. State Department spokesperson Ned Price also addressed concerns about possible North Korean preparations for another nuclear test, which would be its seventh overall. Experts say such tests could possibly bring North Korea a step closer to its goal of building a full-fledged arsenal threatening regional US allies and the American mainland. The North has so far ignored the Biden administration’s calls for open-ended talks, insisting that Washington should first discard its “hostile” policy, a term North Korea mainly uses to describe sanctions and combined US-South Korea military exercises.

PARIS (AFP) — An Iranian beach soccer player was on Monday hailed as a hero on social media but risked sanctions at home after an apparent gesture in solidarity with the anti-regime protest movement at an international tournament. The Iranian team on Sunday won the Emirates Intercontinental Beach Soccer Cup in Dubai 2-1 against Brazil thanks to a goal from Saeed Piramoun. The beach soccer team had already been under scrutiny after apparently not singing the Iranian national anthem before their semifinal, images showed. More important than the championship was the honor you showed,” tweeted former Iranian international player Mehrdad Pooladi. Iranian players refuse to sing along with Islamic Republic’s “national” anthem in Beach Soccer Cup Dubai games.

SEOUL, South Korea — North Korea fired a suspected intercontinental ballistic missile Friday, Seoul’s military said, which Japan said may have had the range to hit the US mainland. North Korea claims the recent wave of launches is a response to Washington’s moves to bolster its protection of regional security allies, South Korea and Japan. Repeated launchesEarlier this month, North Korea conducted a flurry of launches, including an ICBM, which Seoul said at the time appeared to have failed. Experts say North Korea is seizing the opportunity to conduct banned missile tests, confident of escaping further UN sanctions due to Ukraine-linked gridlock at the United Nations. Washington has responded to North Korea’s sanction-busting missile tests by extending exercises with South Korea and deploying a strategic bomber.