Melon Music Awards 2022 Live Stream Details: How to Watch MMA from the US, Canada, and More 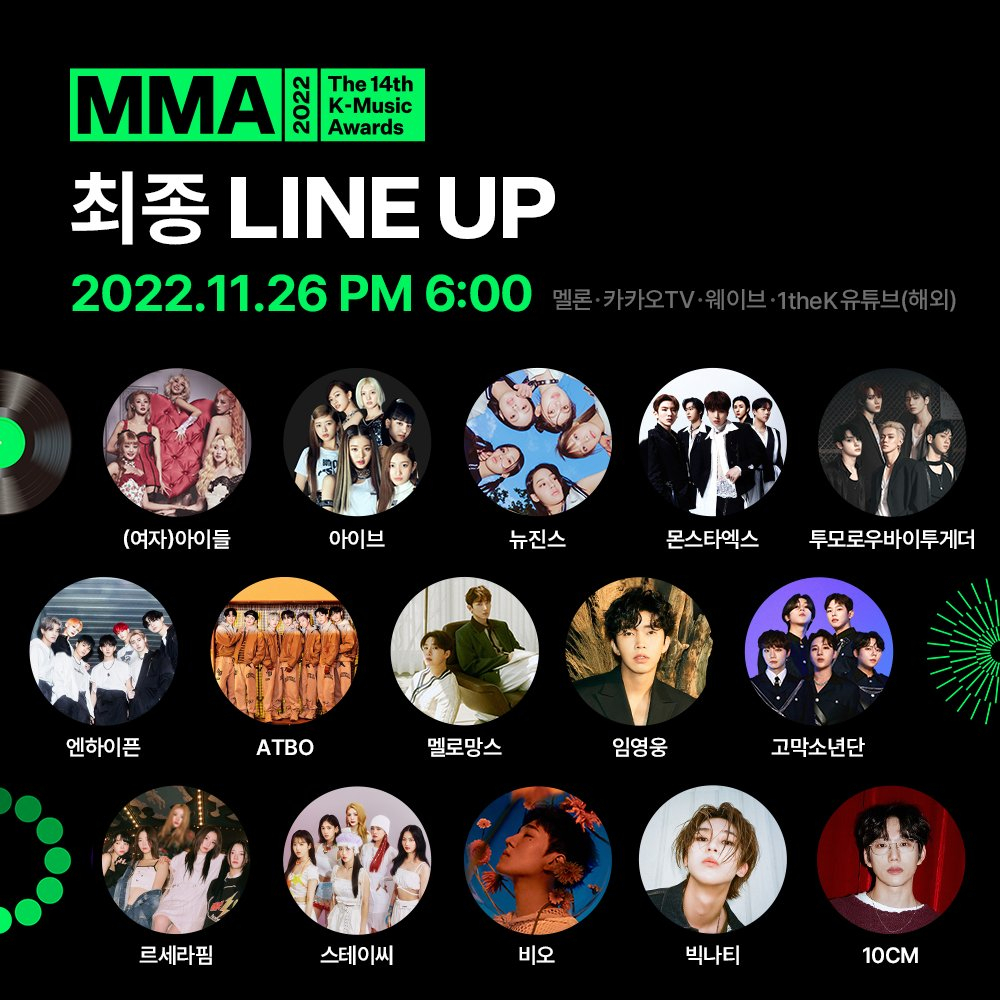 Melon Music Awards 2022 will take place at the Gocheok Sky Dome in Seoul on Saturday, November 26, at 6 pm KST. International K-pop fans can also enjoy the annual event on the official YouTube channel of 1theK. MMA 2022 is also available live online on the official website of Melon Music and the Melon app. Kakao TV app and website, Wavve app and website, and TV app with KakaoBank will stream the award ceremony live online for K-pop fans in South Korea. Nomination ListThe winners of Melon Music Awards 2022 will be decided based on online voting, Meon downloads and streaming counts, and judges' evaluation.
Continue reading...

After firing a short-range ballistic missile on Thursday, North Korea warned the United States and its regional allies of a "fiercer" military response. The South Korean military detected a short-range ballistic missile fired from the Wonsan area in Kangwon province around 10.48 am local time. This was North Korea's first ballistic missile firing in eight days and the latest in its barrage of tests in recent months. South Korean and U.S militaries staged missile defense drills on Thursday to review a combined readiness to North Korean provocations. Leaders of the three countries strongly condemned Pyongyang's recent missile tests and agreed to work together to strengthen deterrence.

Hundreds of US and South Korean warplanes participated in the combined military drills that began on Monday amid Seoul's sustained tensions with North Korea. Meanwhile, North Korea said the US-South Korea drills are preparations for invasion. In September, reports said an American nuclear-powered aircraft carrier was to is visit South Korea for combined drills with the South Korean navy. The US Forces Korea (USFK) said that the USS Ronald Reagan carrier strike group would conduct a routine port visit to South Korea. Earlier this month, North Korean dictator Kim Jong-un said his military is capable of striking South Korea with nuclear weapons.

K-Pop singer and TV actor Lee Ji Han has been identified as one of 154 people who died in a stampede during Halloween festivities on Sunday in Itaewon, South Korea. Lee Ji Han appeared on the reality TV show Produce 101 to create a K-Pop band. Lee Ji Han was one among the 100,000-strong crowd who were celebrating when tragedy struck. Lee Ji Han had got caught up in the stampede and died. In a statement translated by Soompi, Lee Ji Han's agency, 935 Entertainment, said: "It's true that Lee Ji Han passed away due to the accident in Itaewon on October 29.

An intercontinental ballistic missile fired by North Korea on Friday has reportedly fallen into Japan's Exclusive Economic Zone, Japan has claimed. Outside experts said that an ICBM launched by North Korea on 3 November failed mid-flight. "We naturally lodged a strong protest against North Korea, which has repeated its provocations with unprecedented frequency. North Korean AggressionThis year, North Korea has launched missiles at an unprecedented rate, including an ICBM that reportedly malfunctioned on Nov. 3. Biden emphasized that the US will protect South Korea and Japan using all of its resources, including its nuclear arsenal.

BTS Jin will be at 'Military frontline' before birthday on December 4; ARMY gets teary-eyed

BTS member Jin revealed his birthday planOn Saturday evening, talking to his fans on the global fandom platform Weverse, Jin revealed that he will be at the 'front line' on his birthday, hinting at his military service. Thanks to BTS JIN! (@Soshowme06137) November 12, 2022BTS Jin to get his basic military training in the frontline army baseAccording to a report in Allkpop, once Jin gets trained for 5 weeks in the frontline army base, he will be dispatched to a different army base as he will be enlisted as a general infantry. Jin's last release Astronaut with Coldplay made BTS ARMY emotionalAfter an emotional performance of his latest single Astronaut with Coldplay, ARMY went teary-eyed, as it was his last single before undergoing military service. However, as per the Big Hit, BTS members are expected to reconvene in 2025.

Among the casualties whose life was sadly cut short was Lee Ji Han, a budding k-pop star and former contestant on South Korean talent search tv show Produce 101. Lee’s agency 935 Entertainment announced the news on October 30 via an official statement: “It is true that Lee Ji Han died during the Itaewon accident on October 29. Here we look back on the journey, achievements and other noteworthy things about the late K-pop star Lee Ji Han — a young life taken too soon. Lee Ji Han: The K-pop star’s life, facts and other things to knowLee Ji Han started out as a contestant on Produce 101 season 2 (2017)Lee Ji Han was a Pan Entertainment trainee when he joined Mnet’s hit reality TV show, where 101 aspiring male singers vie to be selected to form a K-pop boy band. New MBC Drama Puts Filming On Hold Following Passing Of Cast Member Lee Ji Hanhttps://t.co/DekSBOnlhU pic.twitter.com/YZZf8SbEMR — Soompi (@soompi) October 31, 2022(Main and Featured images: @lee_ji_han_fansclub/ Instagram and Soompi)