‘Money Heist Korea’ Episode 7-9: The Robbers Hunt Down The Traitor Among Them 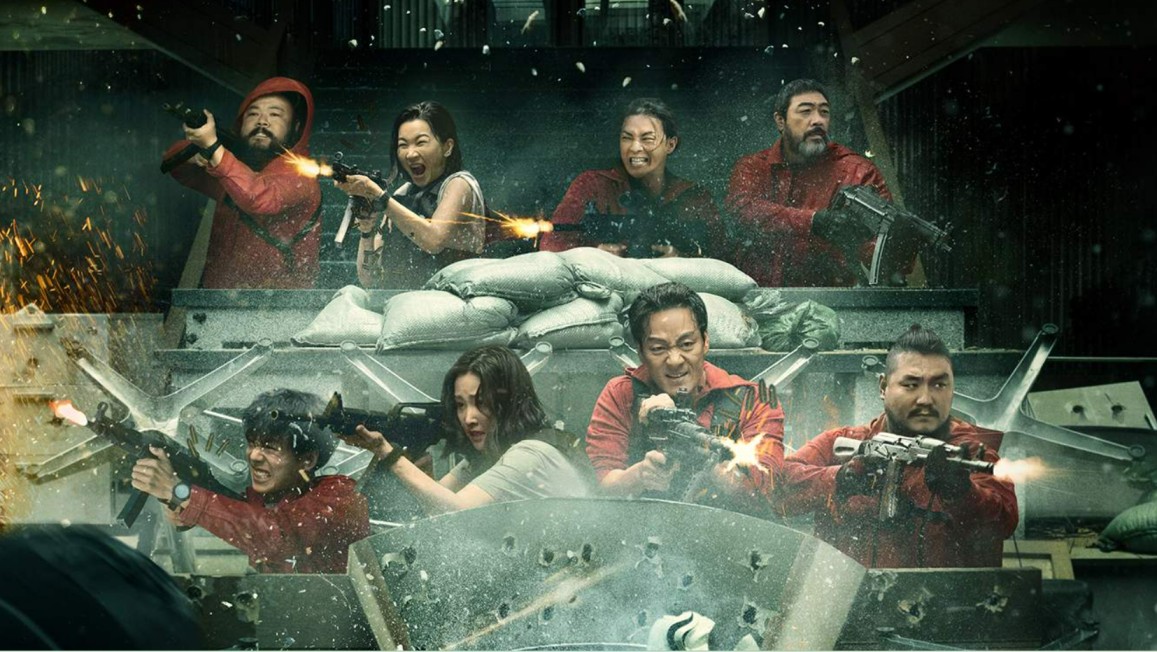 The hostage crisis agent visits Professor's cafe, introducing himself as a colleague of his girlfriend Seon Woo Jin (Kim Yun Jin) and gathers evidence against the Professor. 'Money Heist Korea' Episode 8: Berlin Kicks Tokyo Out of the MintThe hostages work together to escape the Mint while the foundation of the robbers collapses due to the mole. Seon Woo Jin orders to cut the electricity inside the Mint, cutting the communication of the gang and the Professor. 'Money Heist Korea' Episode 9: Tokyo Rescues A Young KidWith Cha Moo Hyuk nowhere to be found, Seon Woo Jin moves on her own. At the Mint, Berlin negotiates with the police and the warden who tortured him to death back in the North.
Continue reading...

Rowoon To Reunite With ‘Pachinko’ Actress Kim Min Ha? Here’s What’s Next For These Stars

Rowoon Nervous About Meeting Kim Min Ha After 4 YearsAfter the conclusion of "School 2017," actors Rowoon and Kim Min Ha have widened their filmography by appearing in many world class dramas! The hosts also welcomed their guest "Pachinko" actress Kim Min Ha. Kim Min Ha asked, "Why would you call me Ms. Min Ha?" Thankfully, the two warmed up with one another seamlessly, and even shared a snack that Kim Min Ha brought. Rowoon and Kim Min Ha's Upcoming Drama, Film and MoreRowoon and Kim Min Ha basked in the success of their recent dramas "The King's Affection" and "Pachinko," respectively.

Cha Eun Woo talks about his experience filming the star-studded movie "Decibel." On the other hand, Cha Eun Woo is a young navy expert who is in charge of sonar detection. Cha Eun Woo shared that he researched his character since he was unfamiliar with the role. In the press preview, Lee Jong Suk showered Cha Eun Woo with praises and shared his thoughts about his first time working with the idol-singer. The "Big Mouth" star revealed how everyone thinks about Cha Eun Woo and that is being "cool and handsome," lauding the co-star's undeniable visuals.

Park Jung WooThe Netflix film "20th Century Girl" starring Kim Yoo Jung and Byun Woo Seok has gained huge success since its release. Apart from the duo, rising star Park Jung Woo, who appeared as the second male lead, also attracts attention. Though he starred in the famous web series "Love Playlist" before, "20th Century Girl" marks Park Jung Woo's first ever high scale project. Kim Hyun JinKim Hyun Jin, who led the coming of age drama "Cheer Up," is also on the list! Not many know but Kim Hyun Jin began his career as a model and like Park Jung Woo, he only started acting two years ago.

‘Under the Queen’s Umbrella’ Episode 9: Kim Hye Soo Discovers the Physician's Secret Connection With the Consort