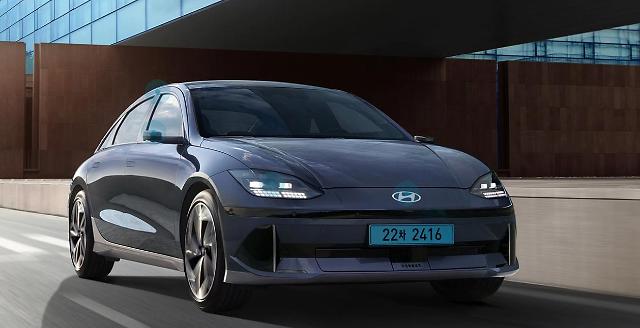 Because an EV is basically an electronic device, software updates can be delivered to vehicles at any time to enhance their performance. Drivers can also download various OTA updates to customize their cars just like downloading apps for smartphones.South Korea had maintained a ban on sending out OTA updates because OTA update services were defined as an act of vehicle maintenance, which should only be conducted at authorized vehicle workshops. The United States and European countries allow carmakers to send out OTA updates. Policies will be developed so that OTA updates can be carried out anywhere and anytime.Through a sandbox regulation exemption program, the transport ministry allowed carmakers to develop OTA services in June 2020. Tesla adopted OTA technology to its Model S in 2014 and regularly released new updates through a four-week cycle.
Continue reading...

[Courtesy of Com2uS]SEOUL -- Com2uS, a game development and publishing company in South Korea, has secured a 4.2 percent stake in SM, an entertainment powerhouse that has been under pressure from minority shareholders to enhance transparency in governance and accounting. But Align Partners, which holds a 1.1 percent stake in SM, insists that Lee may seek a way to get involved in album production and business affairs using his deep-rooted influence over SM's current leadership.Lee has presented a new business vision while seeking joint ventures or investments with information technology startups. Com2uS has strengthened business capabilities in the global entertainment market through the acquisition of a controlling 58.5 percent stake in MyMusicTaste, a one-stop K-Pop platform that provides concert organization services and allows fans to interact with artists.The acquisition of MyMusicTaste reflects Com2uS' efforts to lead the Hallyu (Korean cultural wave) market in line with the era of digital transformation. Based on big data, Com2uS promsied to nurture next-generation artists and promote new businesses such as Metaverse-oriented performance and non-fungible token (NFT) businesses. Entertainment companies have shown keen interest in NFTs to turn the intellectual property of artists into digital assets that can be displayed and exchanged in fan communities.

It is a civilian project to build a nuclear power plant by demolishing a coal-fired power plant in Patnow.KHNP and its Polish partners will seek to come up with a preliminary development plan by the end of 2022. If Poland signs a final deal, it will be South Korea's first nuclear power plant export since 2009, when a KHNP consortium won a $20 billion contract to build the Barakah nuclear power station in the United Arab Emirates with four APR1400 reactors. The commercial operation of the fourth reactor in Barakah is to begin in 2024.The agreement between KHNP and Polish companies came after Westinghouse Electric, an American nuclear power company, was selected for a separate Polish state project to build a nuclear power plant with six pressurized light-water reactors. KHNP will take part in a $30 billion project to construct four nuclear reactors at the hands of Atomstroyexport JSC (ASE JSC), an engineering company of Russia's state corporation, Rosatom. KHNP's participation was not subject to U.S. sanctions as it will provide turbines that convert heat from reactors into electrical energy.

Discarded batteries can be recycled to store electricity inside energy storage systems. When the battery is not efficient enough, it can be sent to special recycling centers to be broken down and retrieve rare metals.Hyundai Glovis said it would work on a virtuous cycle of resources to recover and reuse spent batteries. "We will actively discover a business model, including UBESS, in line with the growing market for used electric vehicle batteries," an unnamed Hyundai Glovis official said in a statement on November 17.In 2021, Hyundai Glovis developed a dedicated platform for the transportation of different types of spent electric vehicle batteries in one container. The patented container will serve as South Korea's first dedicated platform for the transportation of spent batteries. By adopting a variable rail structure to adjust its size, the container can carry batteries of different shapes, not limited to one model.

[Courtesy of LG Uplus]SEOUL -- Targeting young students familiar with non-face-to-face activities, South Korea's mobile carrier LG Uplus will build a virtual university campus where students can take classes and receive career-related advice. Students can enjoy various events such as entrance ceremonies, festivals and games in the metaverse world.Cheongju University in Cheongju, about 112 kilometers (69 miles) south of Seoul, partnered with LG Uplus (LGU+) to break the boundary between offline and virtual learning environments through the metaverse campus called "Meta-Life." Using avatars, residents can also visit the metaverse campus, which is to open in February 2023. Students can learn English in a special zone based on New York City's major crosstown street called "42nd Street. "The university would create an environment where two-way communication is active, such as applying games developed by students to the metaverse platform.

Poongsan's military ammunition gains attention due to war in Ukraine

[Courtesy of Poongsan]SEOUL -- Poongsan Corp., a producer of fabricated non-ferrous metal products and military ammunition in South Korea has been a hermitic company with little publicity. The company has produced almost all kinds of ammunition used in the military.Poongsan has secured its exclusive position in South Korea's military ammunition market since it jumped into the production of bullets and artillery shells in 1973. The company's business data on military ammunition has been kept under wraps. Washington had sent M777 guns and M795 155 mm ammunition to Ukraine. "South Korea has provided Ukraine with nonlethal items such as gas masks, bulletproof helmets, tents, blankets, combat food, medicine, and bulletproof vests.

[Courtesy of LG CNS]SEOUL -- LG CNS, the information technology wing of South Korea's LG Group, will design the smart service concept of Indonesia's new capital city, Nusantara, by incorporating digital transformation technologies such as artificial intelligence, cloud, and big data.Under a memorandum of understanding signed during the B20 summit in Bali on November 14, LG CNS said it would participate in designing a smart service concept. A cabinet-level agency tasked with managing and governing Nusantara is in charge of basic design such as land use planning, traffic signal systems, and housing construction.LG CNS has conducted consulting to introduce Nusantara's intelligent transportation system and electric vehicle-oriented public transportation system. Digital Twin technology enables the creation of virtual clones of real-life objects and environments. The technology is used to test dangerous equipment or simulate disastrous situations without causing catastrophic damage to the real world.LG CNS said its participation in Indonesia would be the first case of participating a super-large smart city. "Based on our digital transformation technology and smart city business capabilities, we will make a case of exporting super-large smart city business models and leap forward as a global smart city leader," LG CNS CEO Kim Young-shub said in a statement on November 15.LG CNS will also work with Indonesian partners to push for a smart city pilot project in the Sanur area in Bali.

[Courtesy of Hanwha Systems]SEOUL -- Hanwha Systems, a key defense contractor affiliated with South Korea's Hanwha Group, has secured a deal from a state defense technology development agency to deliver the prototype of a radar for a dome-shaped air defense system that intercepts North Korea's long-range artillery shells and cruise missiles sneaking across the tightly guarded inter-Korean border.In a regulatory filing on November 15, Hanwha Systems said it has signed a contract worth 51.2 billion won ($38.8 million) with the Agency for Defense Development (ADD) to deliver a radar prototype by the end of July in 2024. Each launcher, containing 20 interceptors, is independently deployed and operated remotely via a secure wireless connection.An initial military roadmap presented by the Defense Acquisition Program Administration (DAPA), an arms procurement agency, called for the development of a LAMD system by 2029. In a report to President Yoon Suk-yeol in July, Defense Minister Lee Jong-sup came up with a renewed timetable to complete the operational deployment of a LAMD system earlier than scheduled. Most of the North's artillery equipment is positioned in concrete bunkers and tunnels.Hanwha Systems manufactures tactical communication systems, radar systems, naval combat systems, electro-optics, and fire control systems. The company has polished its skill and know-how through the localization of an advanced and sophisticated radar system for South Korea's homemade KF-21 fighter jet that made its maiden flight in July 2022.